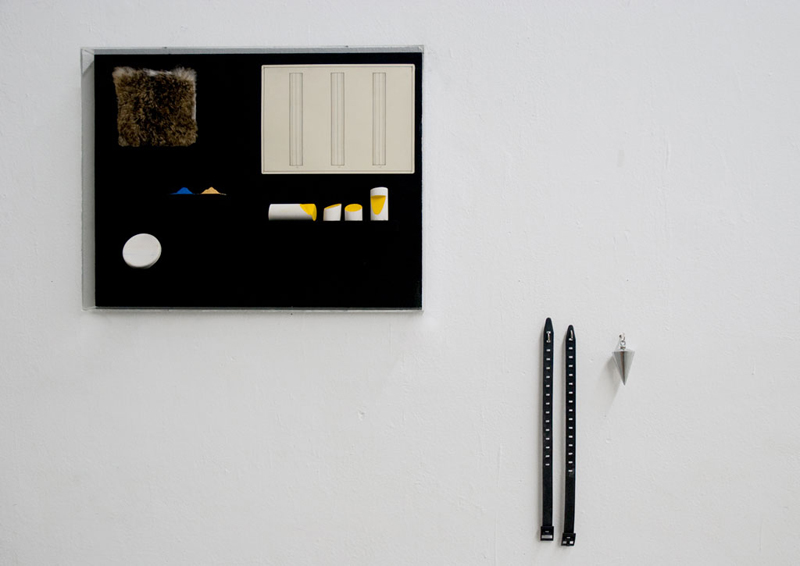 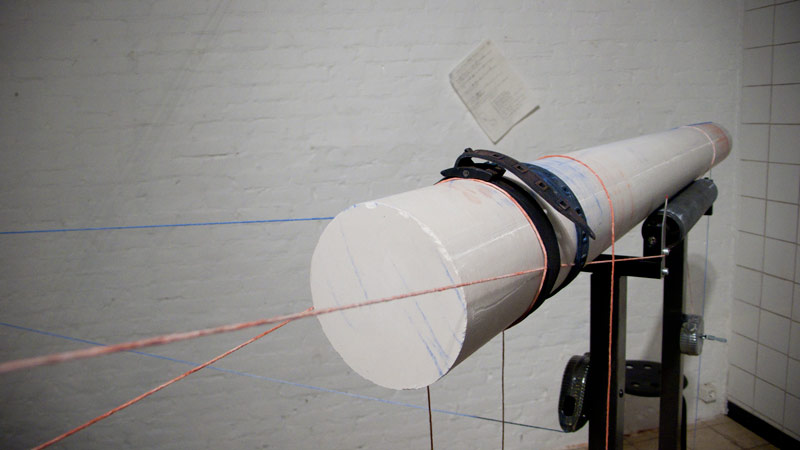 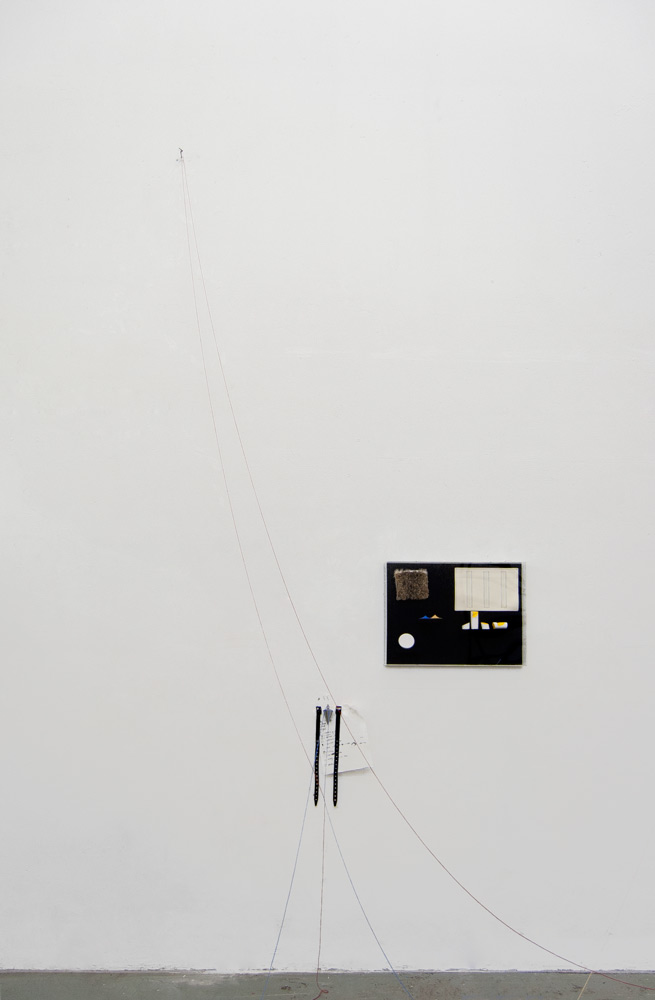 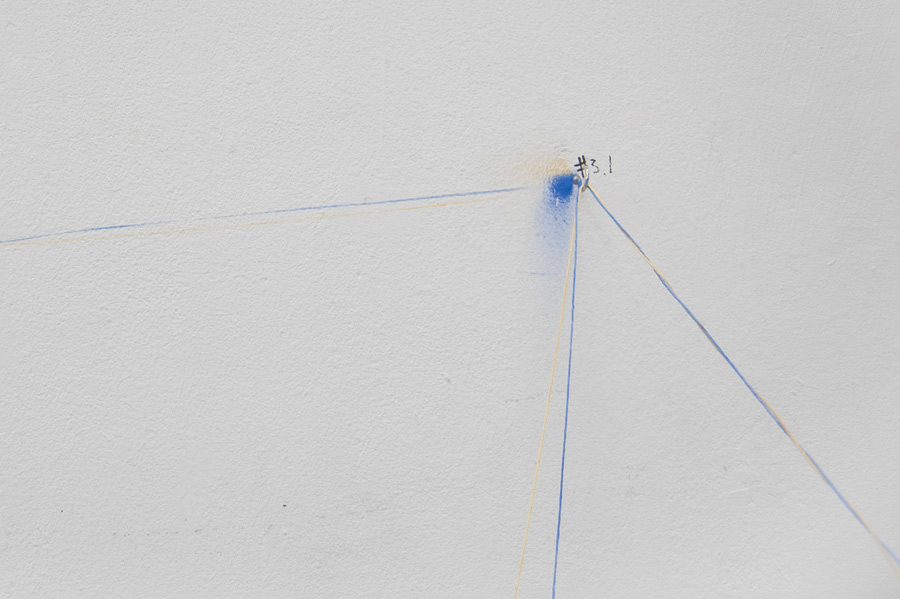 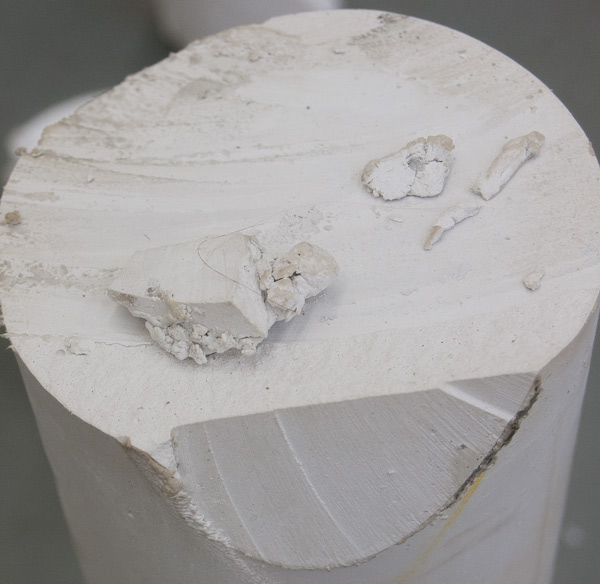 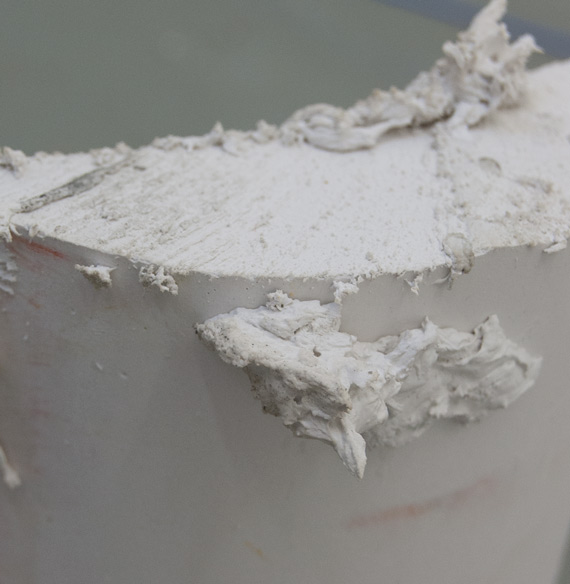 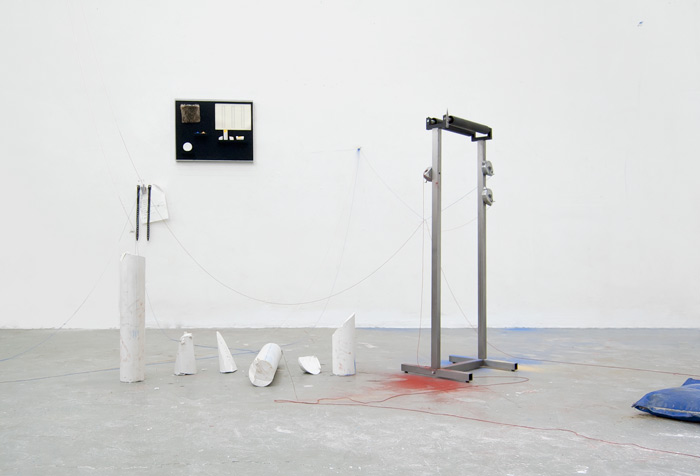 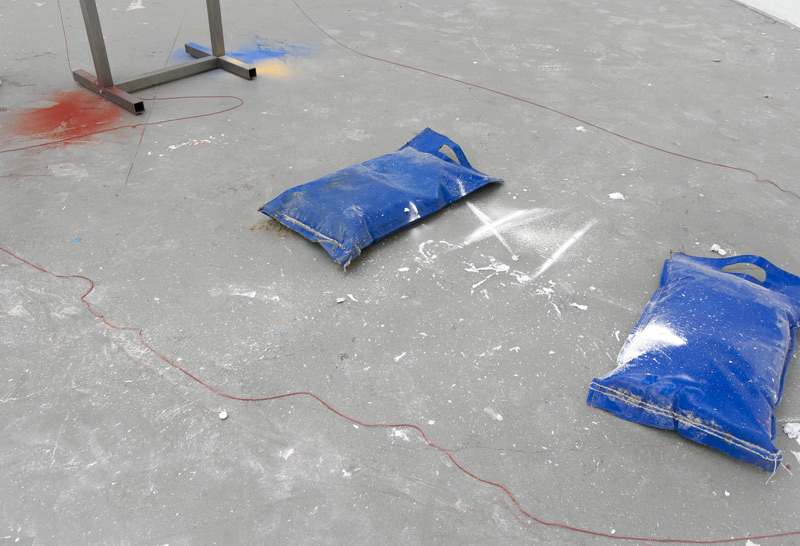 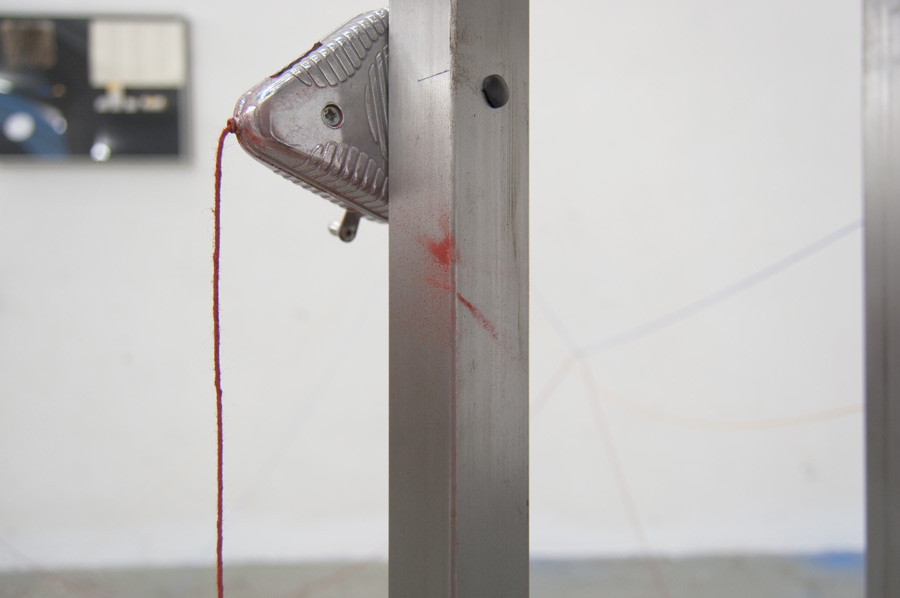 On The Social Stability Of Measurement

This performance unfolds a playground in which scientific theory, amusement and masochism are the key components. In the first part of the performance the audience is lectured "On the stability of the IPK; the International Prototype Kilogram". The speaker enlists a number of contradictory facts on the IPK, the international standard by which all other kilograms are defined.  Of the IPK a total of 40 sister copies where produced and dispersed throughout Europe in order keep the standard save. However over the years all 41 copies slowly started to change in weight causing major problems in various fields. In conclusion one can say that we lost the kilogram.

The second part of the performance consist out of a performer who diligently tries to comprehend and execute a list of written instructions with the use of a steel apparatus. The long list of numbers and symbols result in an array of compositions with colored chalk lines trough out the space. Every composition is being registered on a chalk cylinder placed on top of the steel apparatus. The complexity of the instructions and their attainability, demands a high level of improvisation, audience participation and ad hoc problem solving.

On The Social Stability Of Measurement explores the social constructs around measurement and the irony of humanity attempting to create stability. 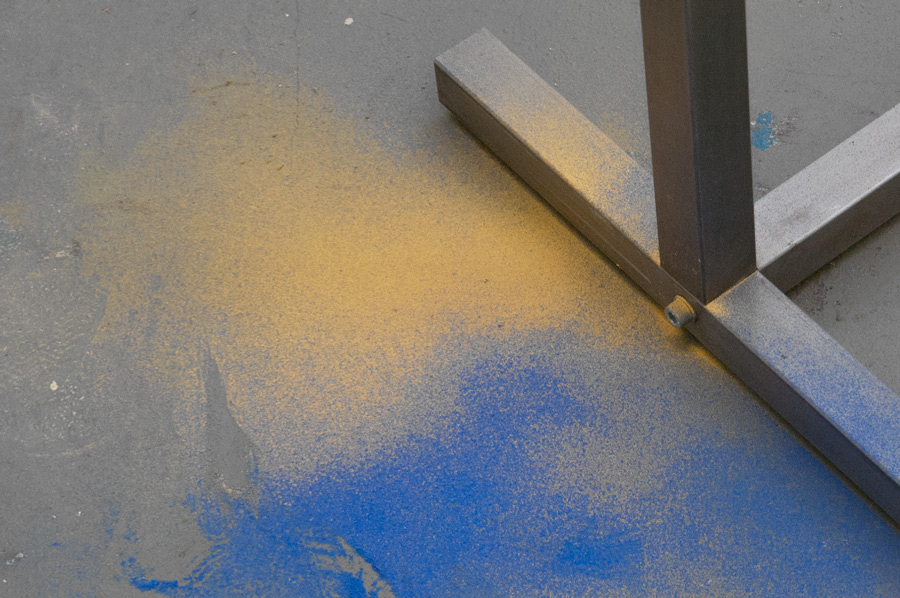 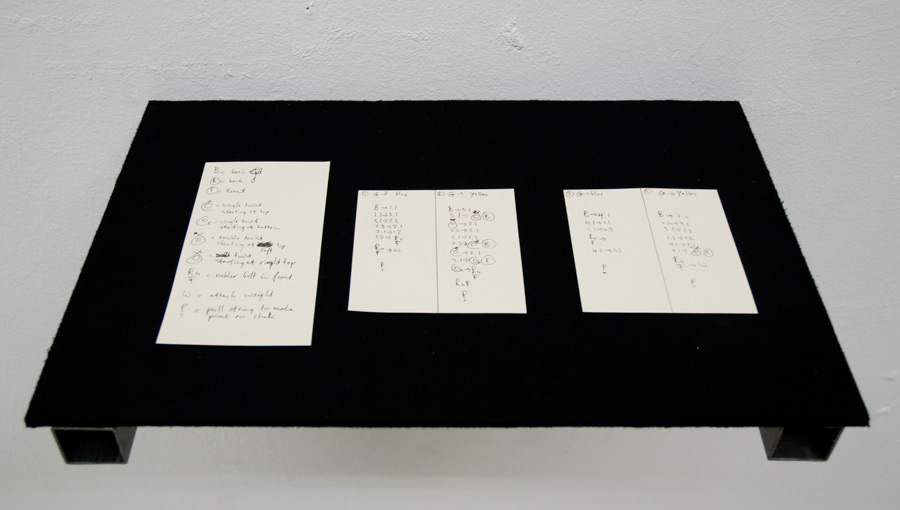 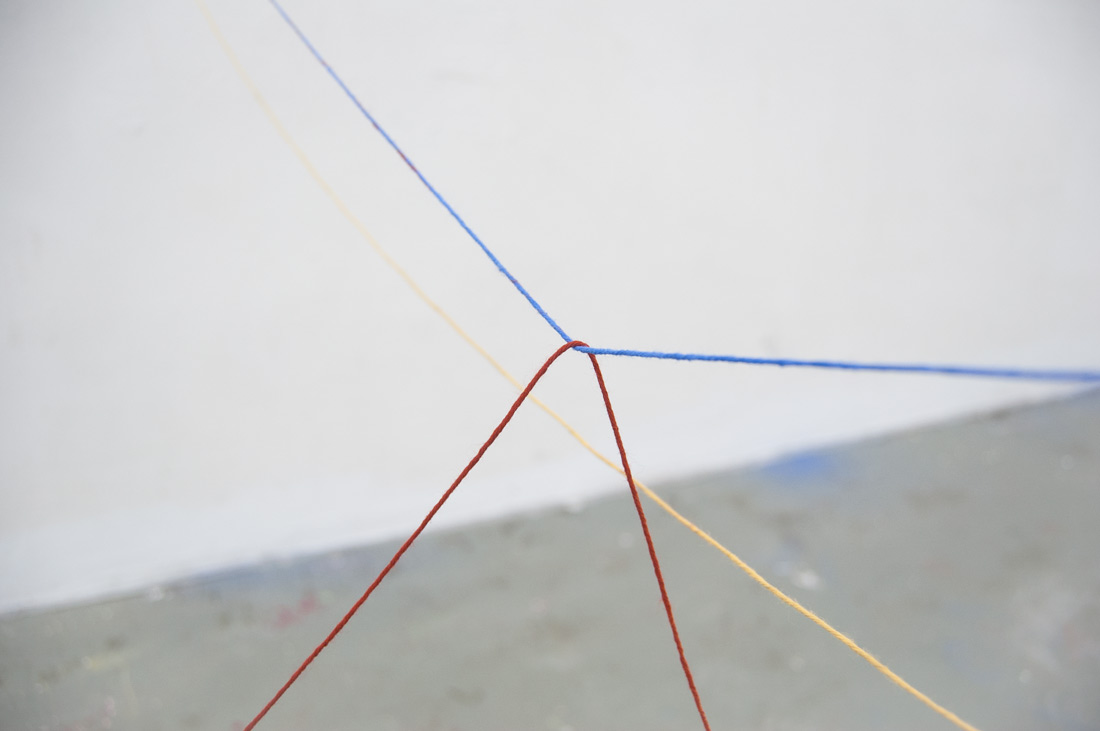 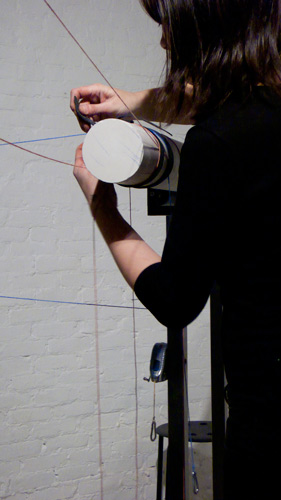